Vicki Halper, from the Seattle Art Museum, says “Sherry Markovitz’s work combines depth of feeling with restraint. Its stillness is contained in the isolated painted or sculpted forms. Tenderness and exuberance are expressed in the subtle and intricate colors, the distressed paper surfaces, the jeweled coats. Each lyrical scene has its poignancy, each dramatic display its subtlety and poise, and each heartfelt image its quiet control.”

Haygood is a Georgia native. He graduated from the Georgia Institute of Technology with a B.S. in Industrial Management in 1988. In 1990 he traveled to Juneau, AK, and later migrated to Seattle to pursue an art career.

Haygood is self-taught, but considers himself a contemporary artist. His work represents a fictional world that references a mechanical reality. Objects fall apart and come together in a picture plane where scale is undeterminable. Originally known for his large scale drypoint prints, his most recent show featured paintings exclusively. He has exhibited both regionally, nationally and internationally and is in the collections of several institutions, including the Tacoma Art Museum, Safeco and the City of Seattle. 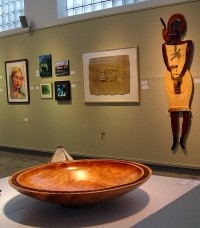 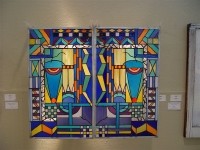 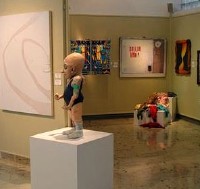