This year’s juried competition received 165 entries were submitted by 81 artists; 62 pieces by 50 artists were accepted.  Artists in this year’s show represent 6 counties in central Washington; 28 artists reside in Yakima County, 10 in Kittitas, and 9 in Benton County.  In addition, there is one exhibiting artist each from Klickitat, Walla Walla and Franklin counties.  Over $5,000 in cash awards, including $750 for Best of Show, has been awarded to the exhibiting artists.

This year’s juror is Andrée B. Carter, Academic Director of Liberal Arts at the Art Institute of Seattle as well as a practicing artist.  Carter received an MFA in painting from the University of New Orleans and a BA in painting from Loyola University, also in New Orleans. Carter’s work has been featured in the annual New American Paintings Magazine, vol. 16—curated by John Ravena of the Philadelphia Museum of Art. She is also the recipient of a Virginia Center for Creative Arts Painting Fellowship, and a winner of the New Orleans National Painting Competition curated by William Fagaly, Assistant Curator of the New Orleans Museum of Art.

The artist has been very active in the Seattle art scene for the last ten years and has served on the faculty of the of The Art Institute of Seattle, the Kirkland Art Center, Pratt Fine Arts Center and the Gage Academy both in Seattle, and  Delgado Community College in New Orleans. Carter’s work is part of numerous private and public collections including Swedish Hospital in Seattle, Iberia Bank, New Orleans, Ogden Museum of Southern Art, New Orleans, and Hotel Max in Seattle. 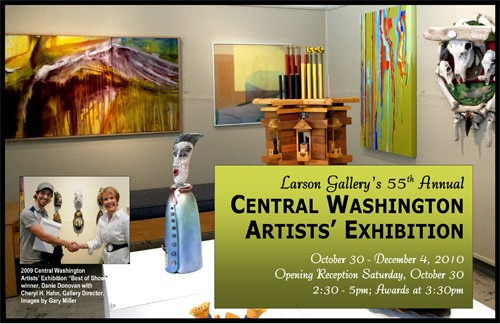